I love when my team shares cool ideas, hacks, and optimizations. It shows they have passion for what we’re doing and see the job more than just an inbox/outbox gig–and the team is made better by the innovation and contributions of each individual member.

Unfortunately, that’s not always the case in development and product shops.

For privacy, names changed, locations made more exotic, etc. etc. (seriously, I couldn’t come up with something better than ‘widget’ sigh)

Mike loved his job at WidgetWorld. He was new to the organization, but had a passion for making widgets and learning the latest techniques and programming languages involved in widget making.

When his normal duties were complete and everything was done each day, he enjoyed digging into the code base to see how things work and experimenting with his own optimizations. He’d frequently reach out to his peers to get ideas on how they could better mesh the tasks he was working on and their tasks. At home, he’d work on some trial and error code. Why? Because he loved it!

One day, Mike created a new MagicWidget that did everything the current Widget would do, but with new features they were unable to support on the current model. He was ecstatic! After a few weeks of prototypes, he had something he was ready to show The Boss and suggest working with one of the seniors.

Half-way through the demo to The Boss, he was stopped short.

“Is that all it does?” The Boss asked, “You only added those new features? Nothing else?”

Stunned, Mike stammered. It was his first time presenting something like this and he wasn’t quite sure what to say.

“It’s great, sure, but it’s just not great. Why not try adding something else to it? Something better, perhaps, and then maybe I’ll understand what you’re so excited about,” The Boss instructed.

“What do you suggest?” Mike asked.

“I have no idea… you figure it out,” The Boss replied… turning away from Mike.

Mike nodded and walked out of the office. He had no idea where to go now and it was time to get back to whatever new tickets had come in that morning anyway. MagicWidget found its way into the \archive\ folder… 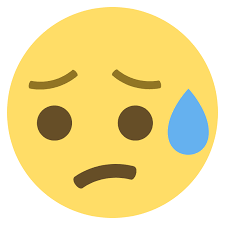 I’ve not only heard this story from devs, I’ve personally lived it a few times. As developers–creators–we’re inspired by that which doesn’t already exist or trying to improve something that does.

While Mike’s MagicWidget may have not met whatever criteria The Boss was looking for in the story above, creative thinking and ideas should ALWAYS be nurtured by a leader. Mike, potentially, lost his motivation to “go above and beyond” for WidgetWorld and The Boss, potentially, lost out on what could have been the company’s next big product.

As an employee, explore, create, and test new ideas as often as possible. This applies to almost every job and sector out there. You were hired because you have what it takes to excel at the job. Prove them right!

An an employer and leader, always acknowledge and value the contributions your employees make and nurture a mindset of constant innovation and creative thinking–it’s what will move your company forward.